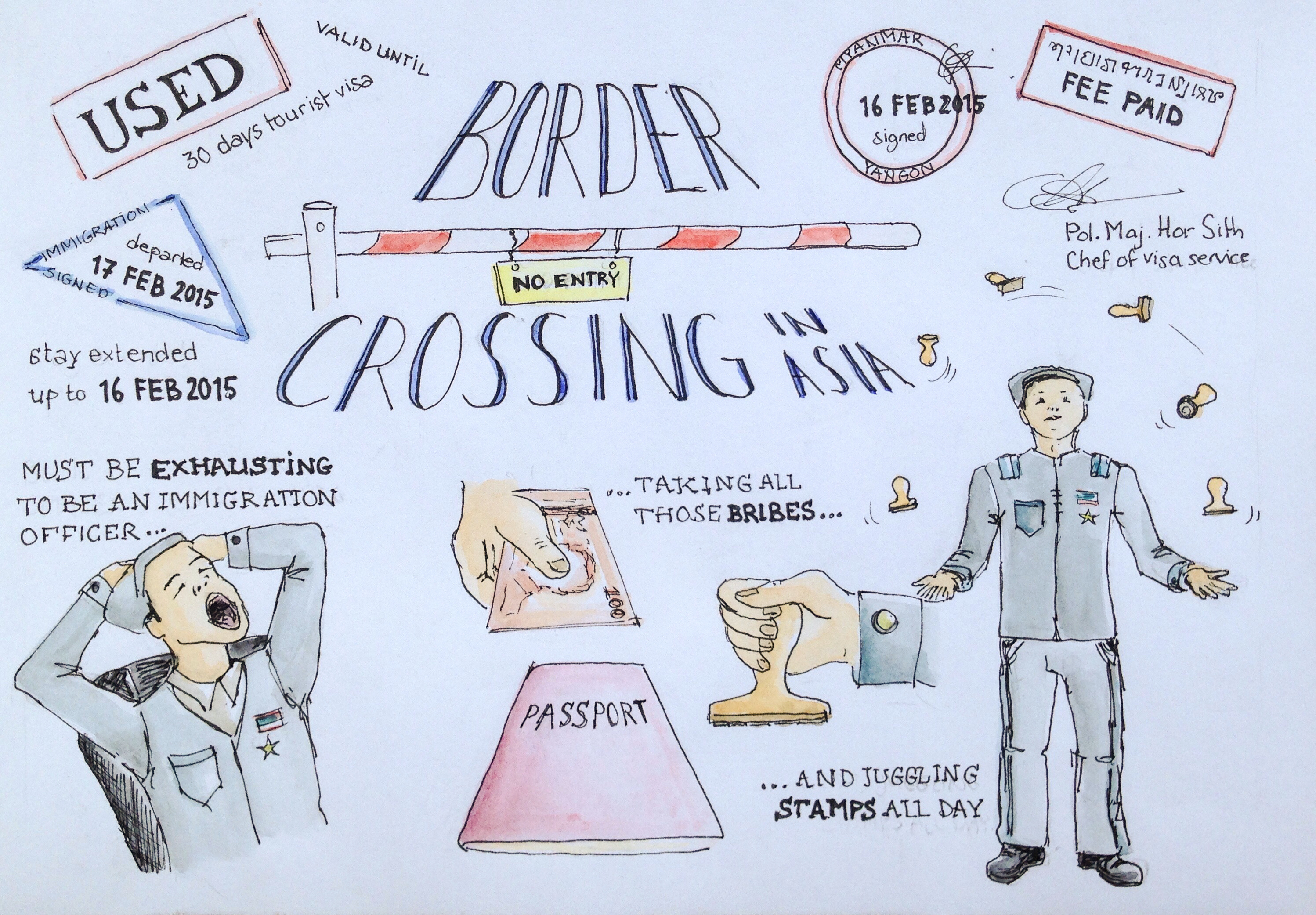 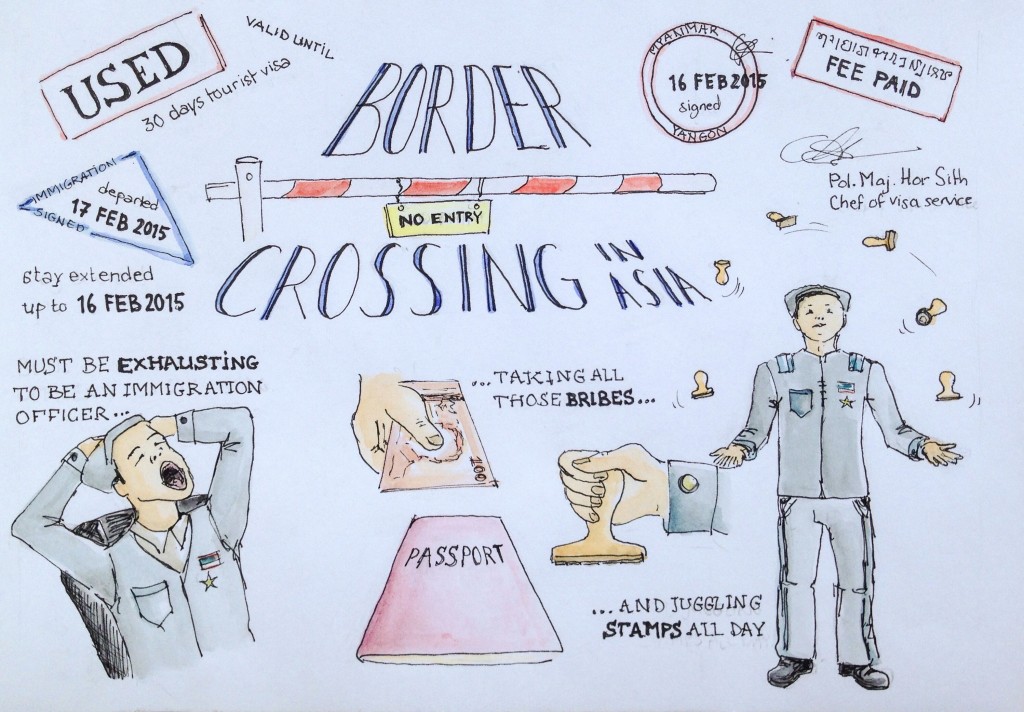 Crossing borders is that part of traveling that, if you had to mention any, could be referred to as the down side. It’s often times a lengthy, tiring and frustrating process that costs you at least your travel budget for 2 or more days.

But hey, look at it from the bright side: at least you get to see first row some pretty impressive theatre performances! Like for example this Cambodian border official who theatrically yawned and stretched for a minute or 2 with every new customer. Or a Thai border official juggling stamps, preferring to have 50 people queueing up instead of opening a second counter, which would obviously decrease his chances on bribes.

You might ask yourself: why so angry? Ok, now it gets personal. I happen to have a double nationality and thought I was being clever bringing both passports: entering Thailand overland from Laos, the American passport would allow me a 30 day stay, where as on my Dutch passport they give you only 15 days. But the Thai border official refused letting me in on my American passport, and put me up with a 15 day visa onn my Dutch. And so I had to do either a visa run* after 2 weeks or spend 3 hours in a Thai immigration office to get a visa extension. This could all have been avoided if only the border official had a little bit of empathy. He hadn’t.

* A visarun is exiting the country and entering back in on the same day to renew your visa. The Thai government recently changed the ordinary 30 day visa to a 15 day visa for overland border crossings, to discourage visaruns. 8 nationalities, i.e. American., are excerpted to this law change and still get a 30 day visa overland.