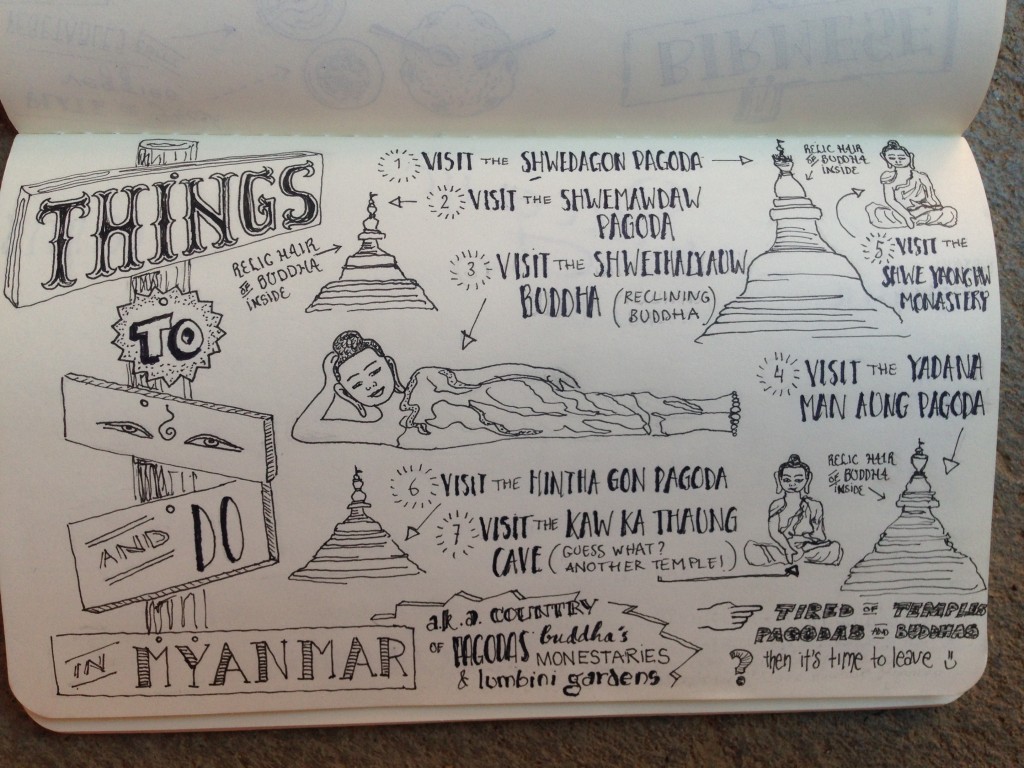 Traveling Myanmar is tough and tiring.. 😉 Especially when you want to cover all religious sites throughout the country.

This is because Myanmar has 6 types of religious buildings and shrines that basically cover every corner of the street:
1. Buddhist Temples (where you can go inside)
2. Buddhit Pagodas (where you can’t go inside. Called a Stupa also)
3. Buddhist Monasteries
4. Nat spirit houses (leftover of Myanmar’s animism, they believe in a Nat spirit for each village)
5. Hindu temples
6. Mosques

Huge Buddha statues, either reclining or sitting, are also commonly found throughout Myanmar. And then there are also the Golden Rock to visit, sacred snakes (believed to be reincarnations), stones for good luck, and what not. Fascinating!

Tired of pagodas, temples and monasteries? Then it’s time to leave Myanmar! 😉 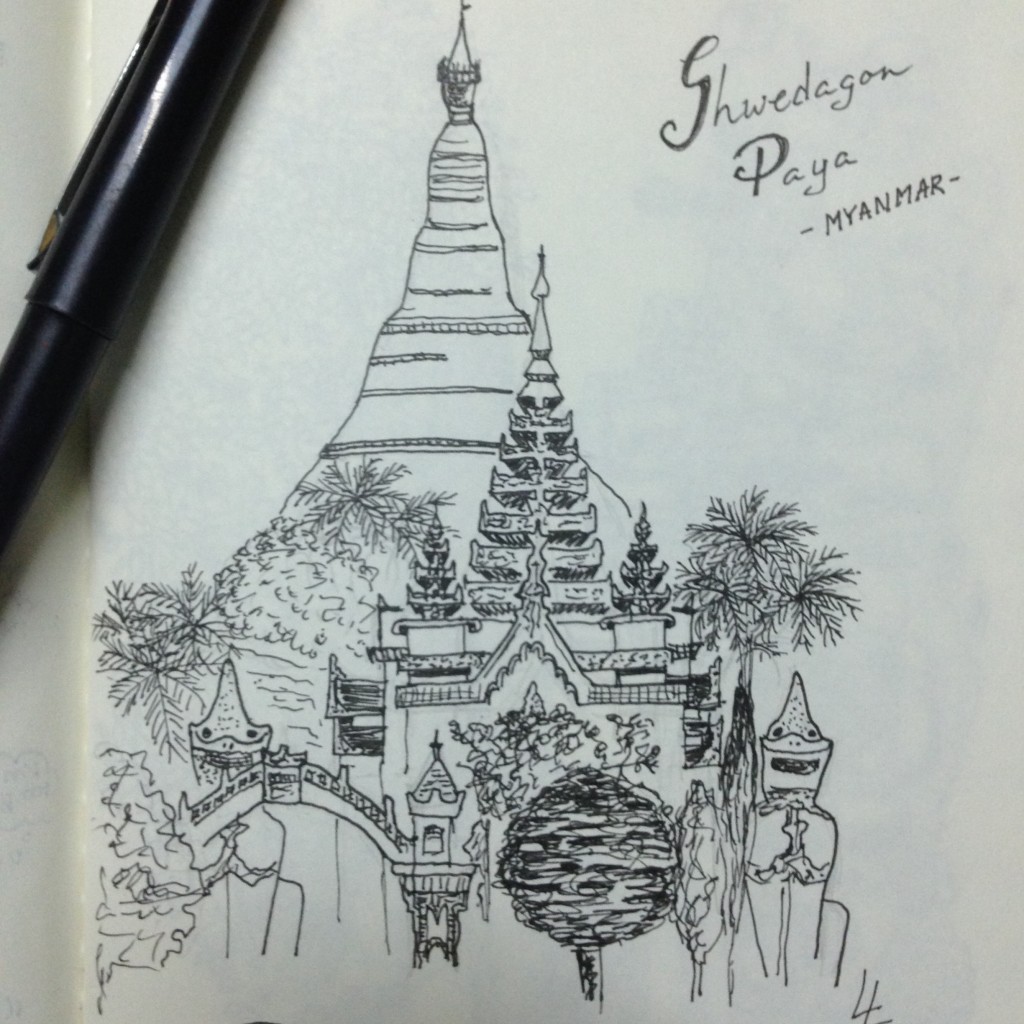 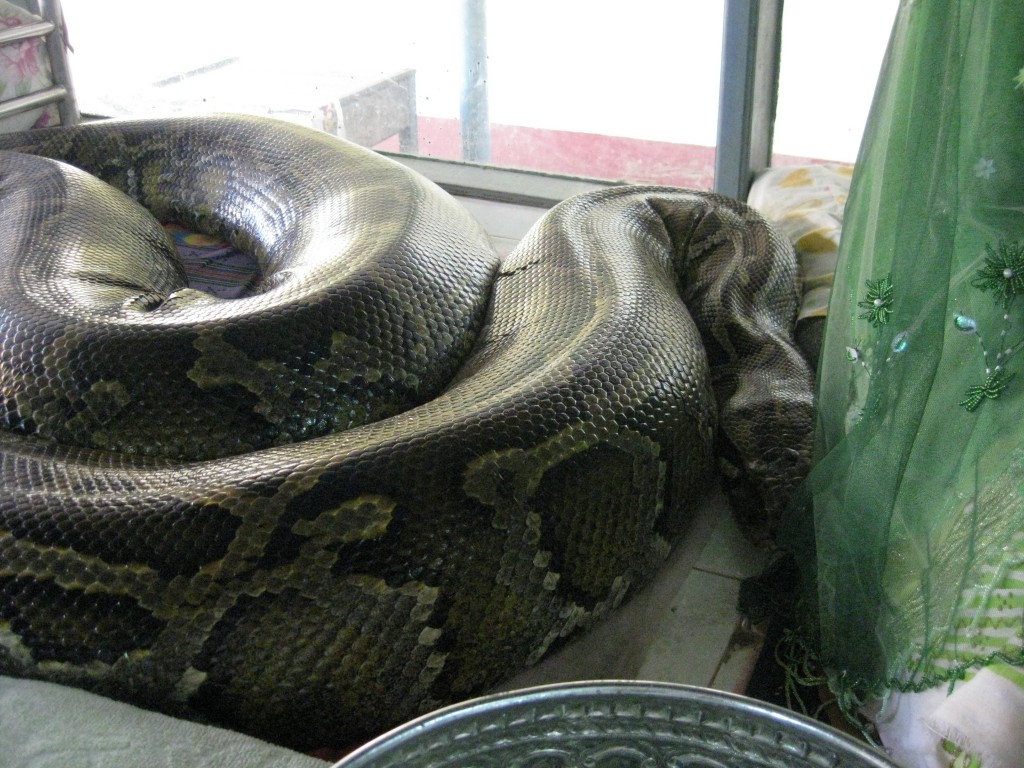 A holy snake in a temple in Bago. Eats 5 chicken a week! 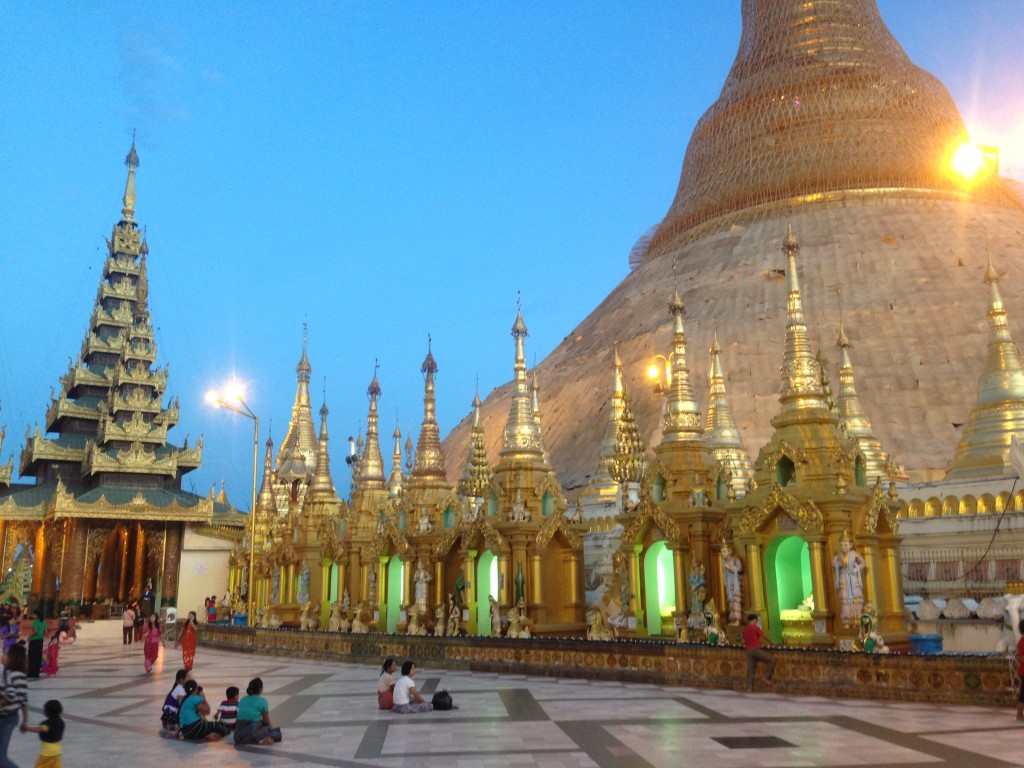 The Shwedagon Paya, Myanmar’s most religious site. Every Buddhist in Myanmar tries to make it to this pagoda once in their lifetime. 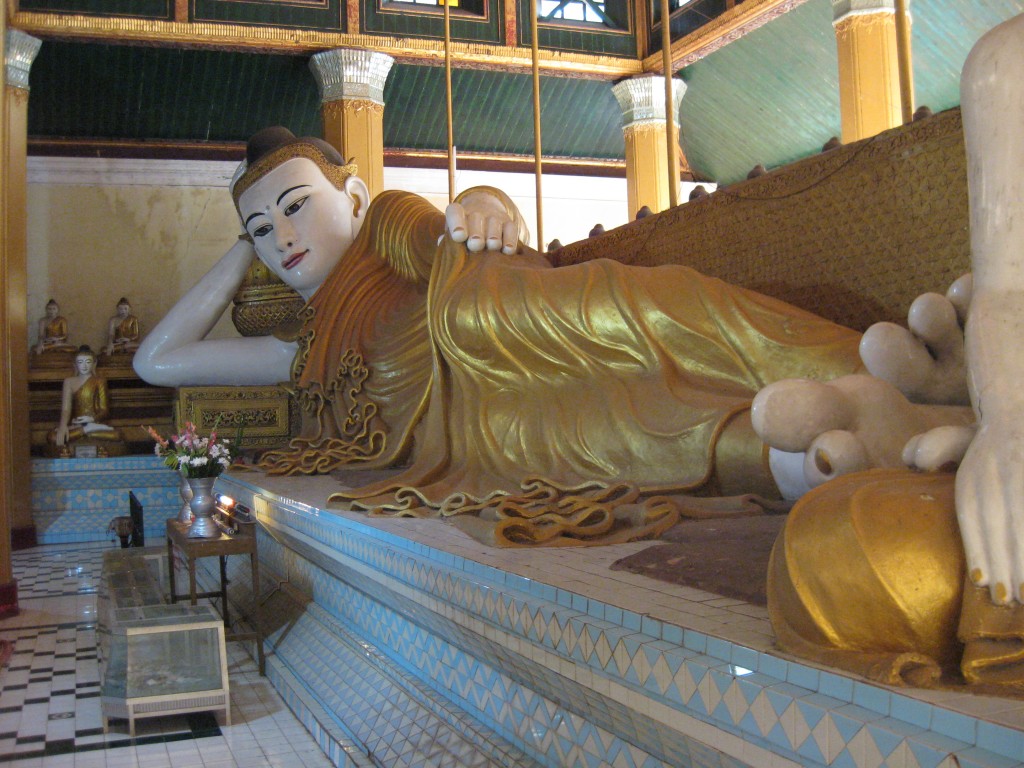 An enormous reclining Buddha in Mawlamyine