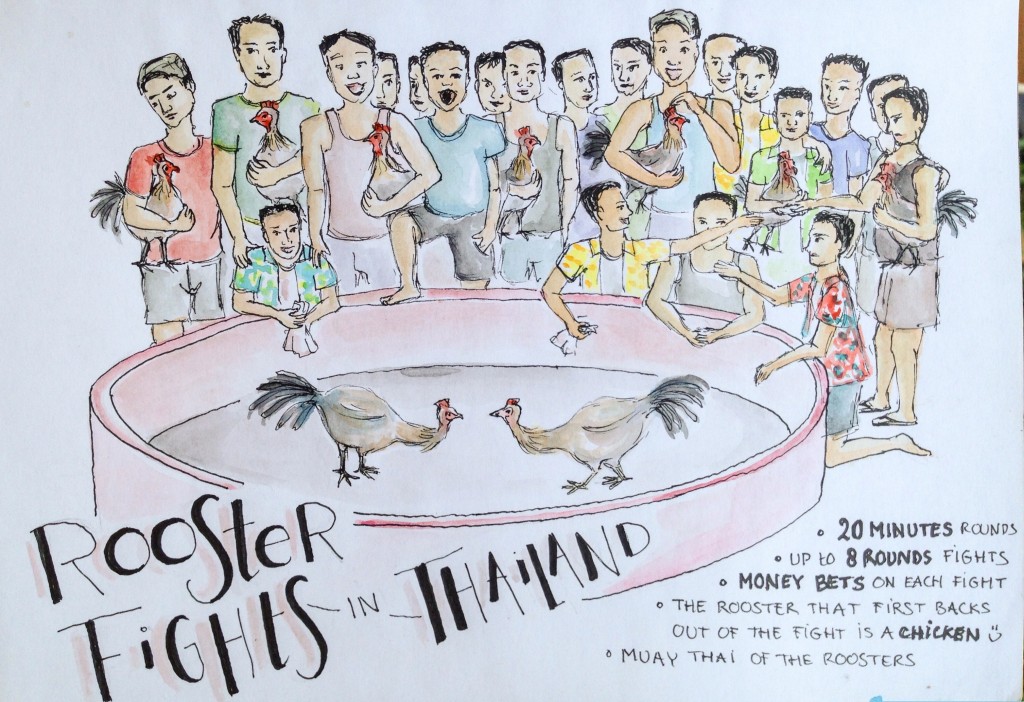 Those who know me personally might wonder: “Lil, you went to see rooster fights?? Seriously?!” And I have to admit: as vegetarian it wasn’t easy to look at. But the anthropologist in me won from my animal loving heart. I was damn curious how people go about in this number 2 popular sport in Thailand.

And so I got introduced to the art of rooster fights by Jee, a lovey Thai guy who I met 3 months ago on a train in Myanmar. He was there on a holiday with his wife Patty. 3 months later we met up in Chiang Mai, and the next day I went to see Jee in his native village near Chiang Mai where he trains his roosters.

Because of the national holidays for Songkron, there were rooster fights all day long and I got a peek inside this Thai tradition. It’s Muay Thai or thaiboxing for the roosters, I would say. Roosters are matched to a competition on weight and size, they fight in rounds and after each round they are wiped off with a wet cloth and massaged by their trainers.

I was most intrigued by seeing agressively fighting roosters in contrast to their soft, brotherly touching Thai trainers embracing their rooster around the arena 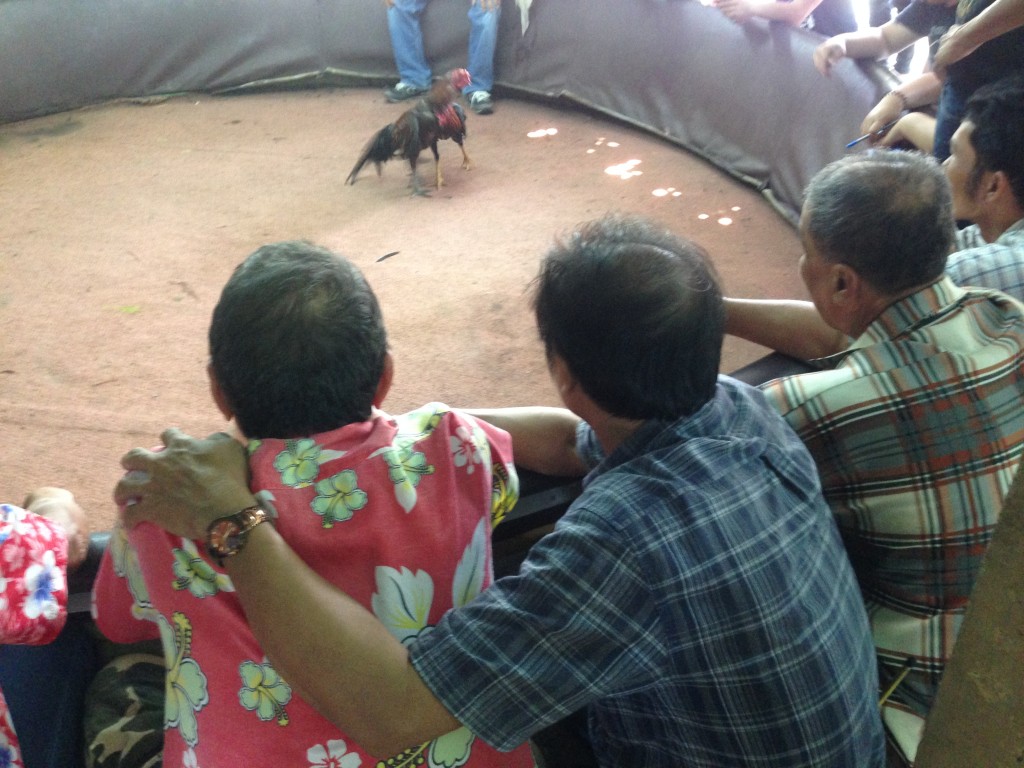 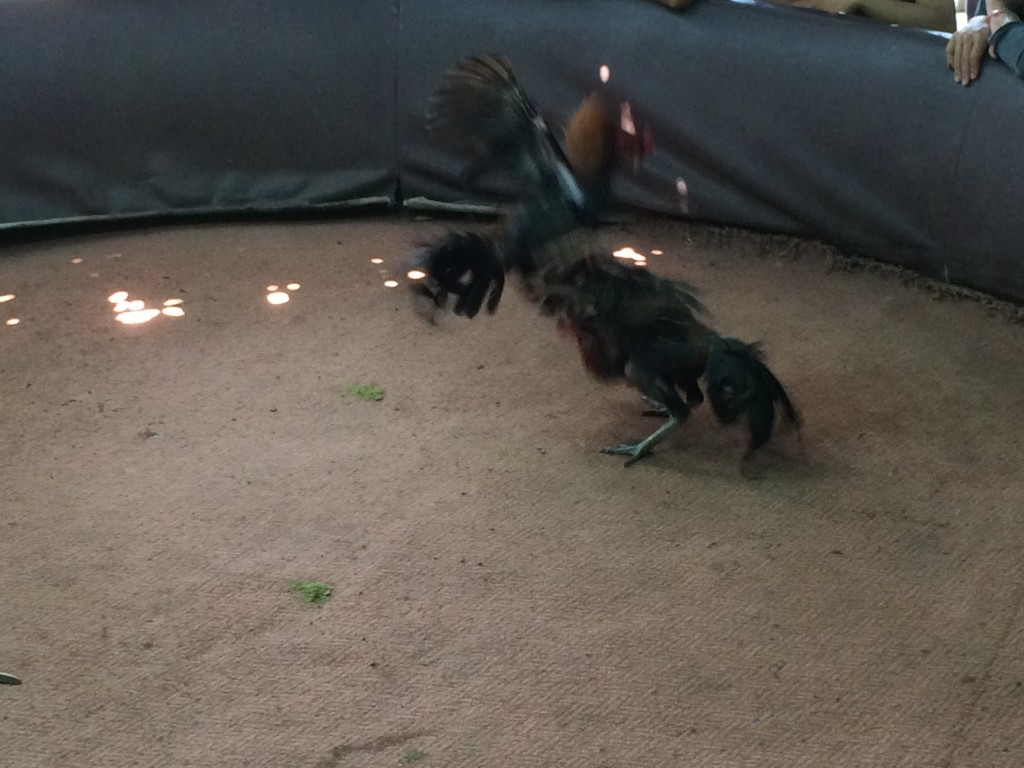 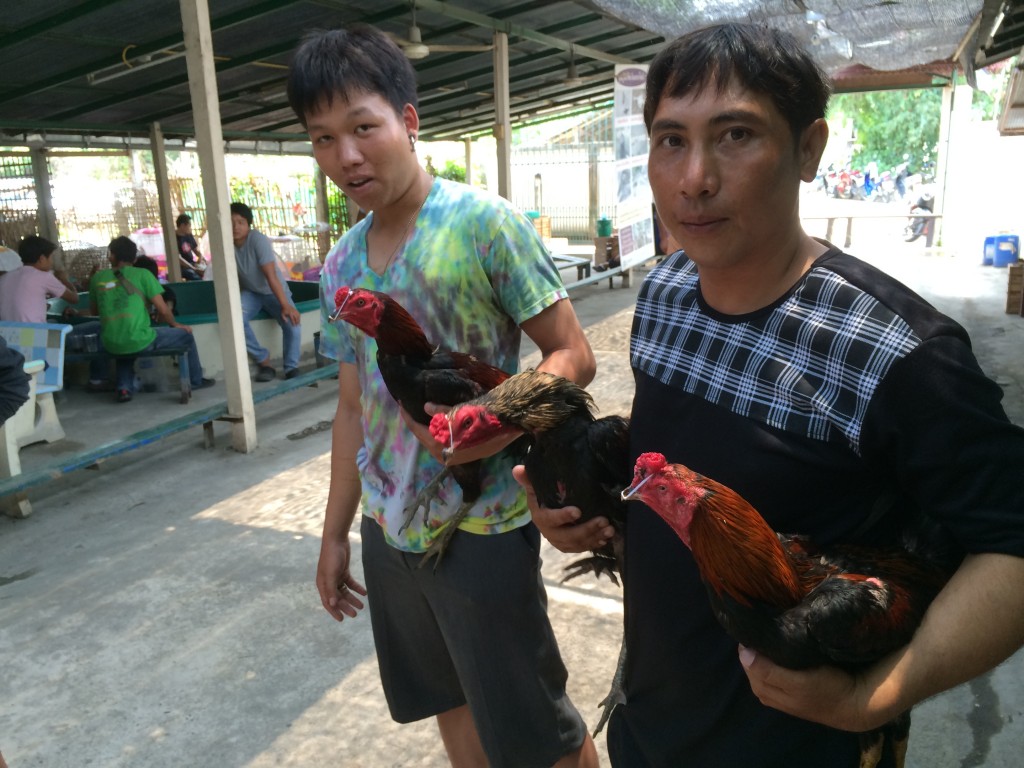