“I’m so jealous of you Europeans. You are surrounded by centuries of history on often less than an hour drive!” sighted once a Canadian girl I met on my travels in Cambodia.

And she wasn’t the first to tell me this. “If I want to see a building more than a century old, I have to take a plane out of my country” and “You guys don’t even realize how spoiled you are in Europe with all this Unesco heritage right in your back yard” were common remarks made by Australians, Americans and Canadians.

And to be fair: they were right.

After 7 months of Southeast Asia, traveling through France felt like being in an open air museum.

While having to pay a $40 dollar fee to enter the temples of Angkor Wat, nearly the only historical heritage that survived in Cambodia, and having to share it with thousands of other tourists, in France historical buidlings are part of everyday life. People actually have their homes in a 16th century castle, 18th century train station or medieval watch tower. Centuries of history right on your doorstep.

This 12th century watchtower stands on top of a hill in the Auvergne, nearby the medieval village of Blesle. The stones of the tower are still the orginal ones. The stable is now converted into guest rooms. 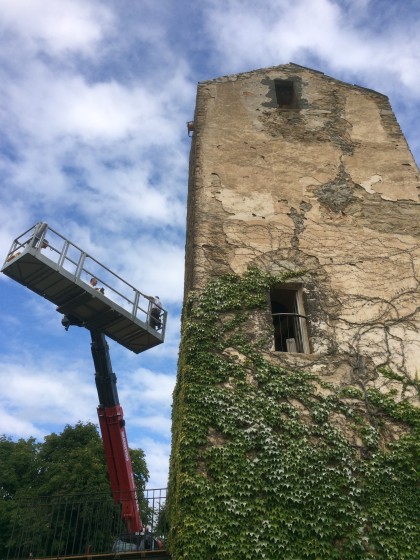 The watch tour is being renovated this summer 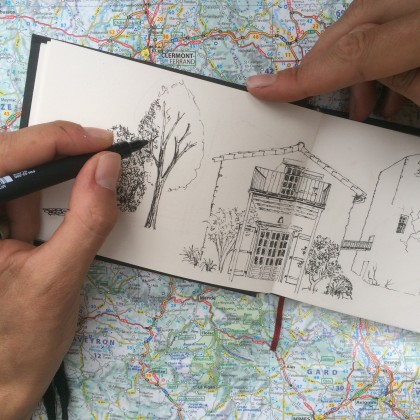 View from the balcony of a guest room