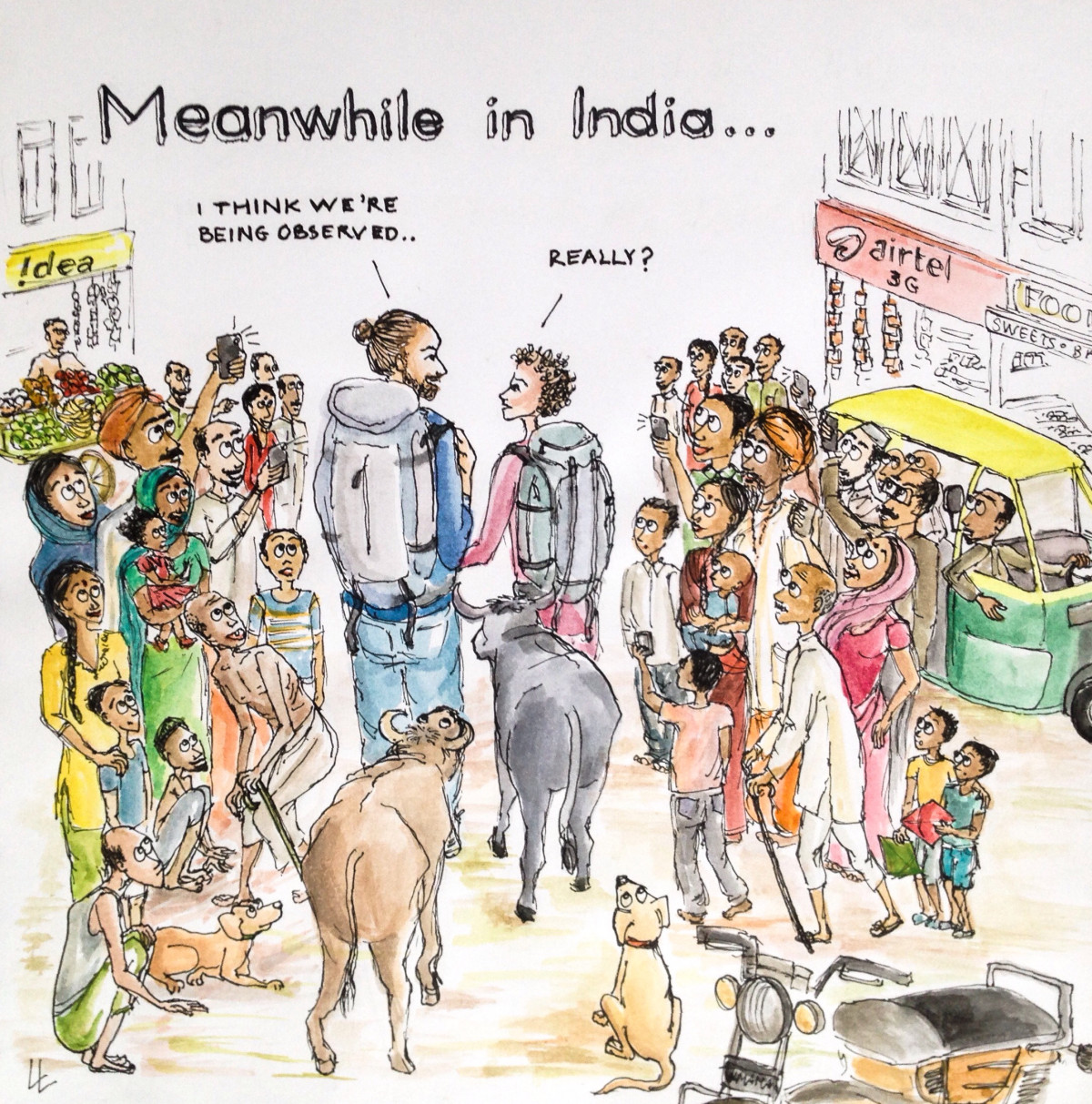 Meanwhile my boyfriend Cedric has come to join me for a month of travel in India, and together we head South from Delhi to the state of Gujarat.

The scene on the drawing took place in Patan, a small town in the surroundings of Ahmedabad, famous for Rani Ki Vav: an immense excavation of an ancient step well. But according to the local population we, two tall white foreigners, seem to be of much more interest than the main archeological site 😉

The curiosity of the Gujaratis is heart warming and overwhelming at the same time.

To put it simply: the moment we step outside of our hotel room, we are living the life of celebrities. Everywhere we go, people stare, fix their gaze on us to not let go again.

When we stop somewhere to buy something, a crowd immediately appears out of nowhere and gathers around us, curious to see what’s going on with the Foreigners.

Those who know limited English come to say “hello” and “which country?” and “you like India?” (in this exact order). Mothers and fathers alike come to show us their babies, who often times burst out in tears at the sight of two huge white faces.

We get invited for tea, for dinner, for lunch, for anything really, as long as we will just come see their house and family. And photos. Of course. Many photos. Selfies, with each and every member of the family, and then with the entire group, and then repeat with another cell phone, and another and another.

To give you an idea and to show that I’m really not exaggerating in this drawing, here a photo of me in a local bus: 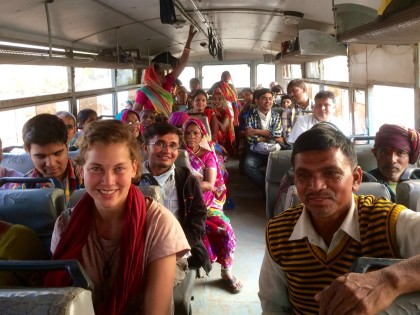 And a photo of Cedric who just wanted to have a cup of tea but now faces an audience as if he were about to perform.

Gujarat is tucked away in a far Western corner of India. It borders Rajasthan, which is famous for it’s desert and numerous forts, and Maharashtra with it’s bustling capital Mumbai in the South. And Gujarat is famous for.. well.. not anything, really. That’s probably why they see hardly any tourists coming. Also Gujarat is known as a conservative state where alcohol for example is 100% prohibited and couples need to show a prove of marriage in order to get accommodation. But that doesn’t mean that Gujarat has nothing to offer to the adventurous traveller. It has a great diversity of landscapes, a National Park with hundreds of lions, one of India’s most important Shiva & Krishna temples and thus pilgrimage destinations, ancient archeological remains that date back all the way to the Indus Valley Civilization, and much more. Read more about tourism in Gujarat on the offical website.